Meet the Interns: Elsye and Rachel Join the OC Crew!

Summer is always our favorite time of year at OC—beautiful weather, grilling out, fireflies, and, of course, summer interns! Each year we accept application for summer internships, giving design and marketing students the opportunity to get their feet wet in a real agency. This year we are especially excited by how Rachel and Elsye have leapt right in!

Their first week was spent on a branding project, where they crafted their own brand as an offshoot of OC Creative. The video they produced which introduced their project was a breath of fresh air. Check it out!

Aren’t they awesome? They did all their own voice work and editing and animation and design. Everything you see was done in ONE WEEK, and we have to say that we are seriously impressed. But you’re not here to hear us gush. You’re as excited to meet them as we are to introduce them! So, in alphabetical order, because ancient Phoenicians declared it that way, I present (pause for dramatic effect) our interns! 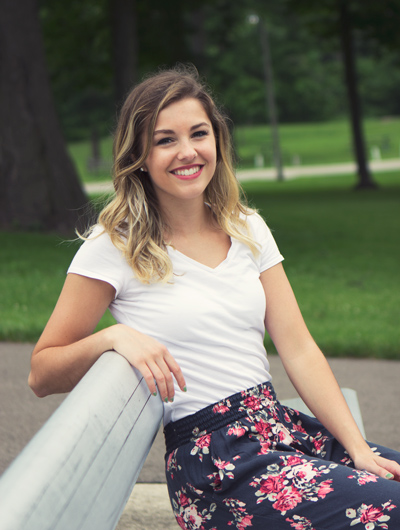 We caught up with Elsye and fired a few questions at her between her photo shoots and design sessions.

OC: We’re glad to have you here! How did you find us, and what drew you to OC? Did anything about us defy your expectations?

I found the listing on indeed.com, where it was one of the few videography internships I saw in my search. I’d actually been to DeKalb before, so that put you ahead of other places. Also, your description was captivating, and your work was good and looked like fun. Your team isn’t huge, so I felt like I wouldn’t be completely overwhelmed here. As far as expectations, I expected about what I got. However, I didn’t expect such a cool, collaborative office space. Oh, and the people are way quirkier than I thought they’d be–in a good way!

We do manage to surprise people that way. So, what do you hope to take away from this?

I’ve already learned so much. I hope to take away an understanding of how a creative firm works and how to adapt to many different kinds of clients, wear many hats, and get experience in all of those things. I want to be a well-rounded creative.

I would love to take the experience I get here and do multimedia production for a sports team, whether that be college or professional. I’m a huge sports fan, and I love the thrill of sports promos. A good production team can create a huge fan base. I’d love to do everything for a team’s marketing and media.

You were a cheerleader in high school and college, too, right?

Yeah. Middle school, too. Ten years in a row. I can do flips and other tumbling, and during college cheerleading I’ve gotten four concussions.

Ouch. Anything else we might not know about you?

That’s seriously cool. Judging from your hobbies, you’re probably more hands-on than a delegator. Is that accurate?

Well, I’d actually rather be the person who oversees projects, but I’d also like to have my hands in it, making edits and maybe helping with shots.

So a little of both, then. Rachel said the same thing, actually. That’s interesting, since you two seem so different. You’ve both been working closely together since you got here. What do you think you’ve learned from her so far?

I’ve learned how to break things down into steps and process them. Also, she’s shown me how to be a better communicator. I’ve really learned and been inspired by her word choices in general. We work very well together to develop a system for completing things.

And now, the lightning round. What’s your favorite food?

Complete this sentence: I’d rather go to the dentist than…

Do my dishes. I hate doing dishes.

Phone and computer is boring. So I’ll say my sunglasses, protein shakes, and music.

My personal branding and logo. It took me a long time to come up with. Also, I did a neon photo shoot with my friend Alec that was pretty cool.

I want to live in the suburbs of LA. Or Cleveland. I just really love Cleveland. I feel something special there.

And finally, what was your very first concert?

John Fogerty. I was 8. My parents took me along with them when they went.

Phew! You’re still with us after that barrage of questions. Is there anything else you’d like to say?

I’m grateful to be somewhere new and to have new experiences. This summer is going to be one of the best summers of my life. I can tell.

We’re happy to be a part of it! 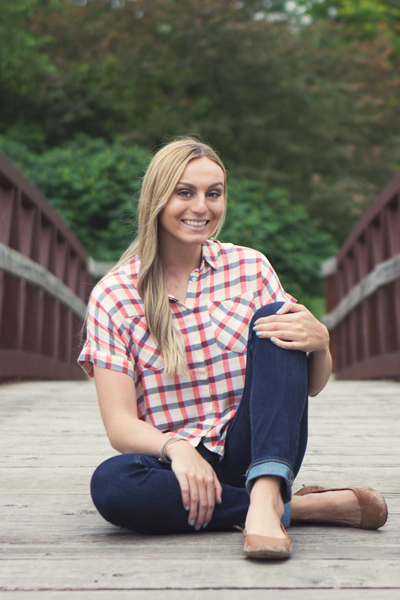 Rachel is studying professional communication and emerging media at the University of Wisconsin Stout. Some of the areas of focus in the program include writing web content and press releases, communication theory, and document design, with the goal of preparing students for handling the front end of a company’s communication. On top of that, she’s also working toward an applied field or minor in studio art.

Rachel joined us for a short interview during a break from designing and marketing our upcoming after-hours open house with Elsye.

OC: Rachel! It’s been awesome having you in the office. How did you find your way to us, and what drew you to OC? Did anything about us defy your expectations?

I got so lucky! I was in industrial design, and I switched my major, so I didn’t have high hopes for getting an internship with such short notice. But I went to a DeKalb Chamber event and met Brian (OC’s President) there, got his card, and called. He asked me for my resume and portfolio, and liked what I had done. I was really excited to work with you guys. I knew I needed experience in my new major, and this seemed so perfect. But I didn’t know what to expect, really. The people surpassed my expectation. I feel like I can talk to anyone. No one is too important to talk to here.

What you hope to take away from your time here?

I’d like to be more well-rounded and experienced in knowing how an agency works. My dream job is to have Brian’s job managing a firm like this where everyone plays a role, and everyone’s role is important.

So you’re on your way to your dream job, then!

Well, I’d settle for writing the blurbs on restaurant menus, too. That just sounds like the best job ever.

We can’t argue with that. Eating and writing about it? Sign us up, too! Aside from menu-creation, we’ve heard you have some interesting family members.

I do. I have a miniature donkey named Dixie and a miniature horse named Tanya back home. Dixie is very protective of new animals, and she stays in the yard. Some mornings she wakes me up hee-hawing. Tanya is young. She’s higher energy. They weren’t friends at first, but now that it’s just the two of them, they became buds.

They must take a lot of work. Do you mind getting your hands dirty, or would you rather delegate?

Well, all the assessments I’ve taken say I’m fit to be a manger, and I’d love to manage a place like OC. But I really like both.

You and Elsye both! It’s funny how similar you are while remaining so different. I’m sure you’re both learning a lot from each other.

I’ve learned so much. She’s teaching me all the photo and video stuff she knows. When it comes to technical stuff, she’s way beyond me.

It’s so great that you two can learn so much from each other! Did she tell you about the lightning round? There’s a lightning round. Let’s go! What’s your favorite food?

Remember my dream of writing menus? I like them all. But if I had to pick, I’d say Italian.

Your most used emoji?

A smiley face with the tongue sticking out.

Finish this sentence: I would rather go to the dentist than…

Drive to the airport. I hate driving. But I’m one of the only people I know who doesn’t get road rage. Oh, or brushing my hair. I don’t know why, but I hate it.

What are three everyday objects you’d be lost without?

My sunglasses, snacks, and socks. I hate going barefoot.

What work have you done that you’re most proud of?

The art used in my school’s accreditation shows is what I’m most proud of.

I like living in the midwest but wouldn’t mind Minneapolis since it’s near my school, and I’ve grown to love it. North Carolina is really nice, too.

And finally, what was your first concert?

Jason Aldean when I was 10, and I was so excited!

You survived the lightning round! All good answers, too. We’d love to see some of the art from the accreditation show! But we’ve got one final question. Is there anything else you’d like people to know?

You were a complete surprise to me. OC is a hidden treasure that I never knew was here. I’m glad I found it.

We’re glad you found us, too! And people should look forward to seeing some blog posts from you in the future! We can’t wait to see what you have for us! 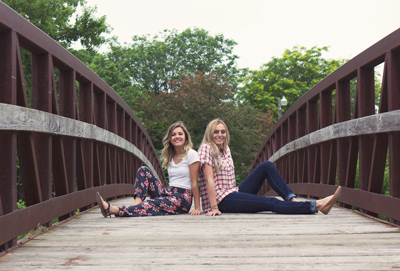